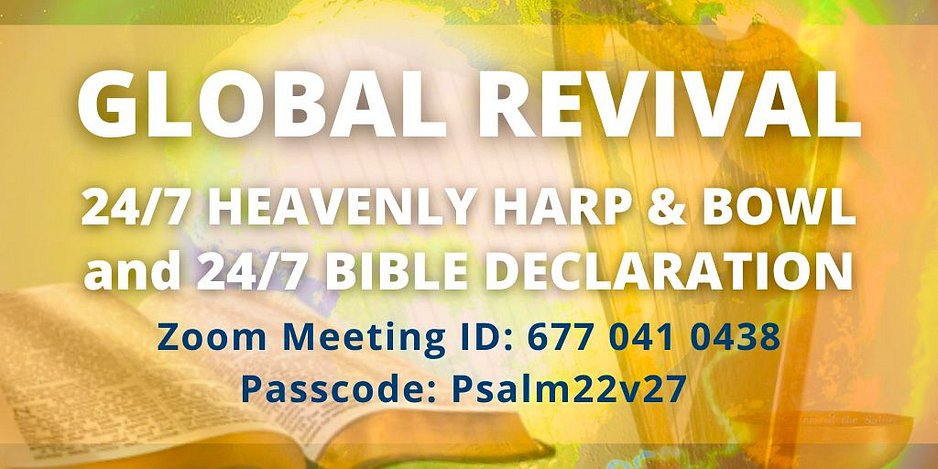 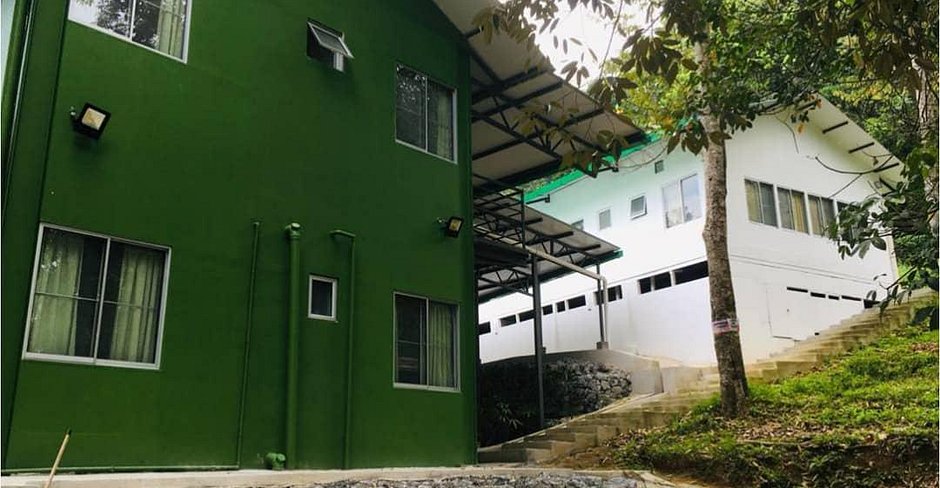 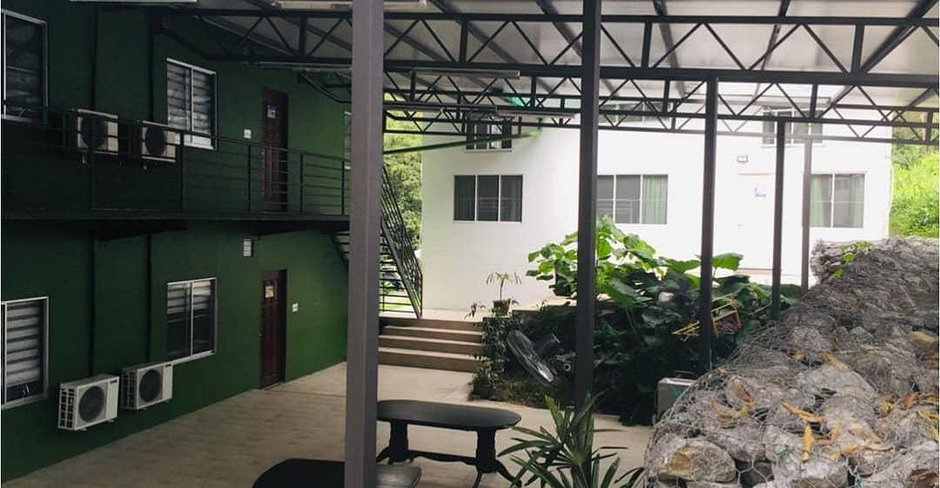 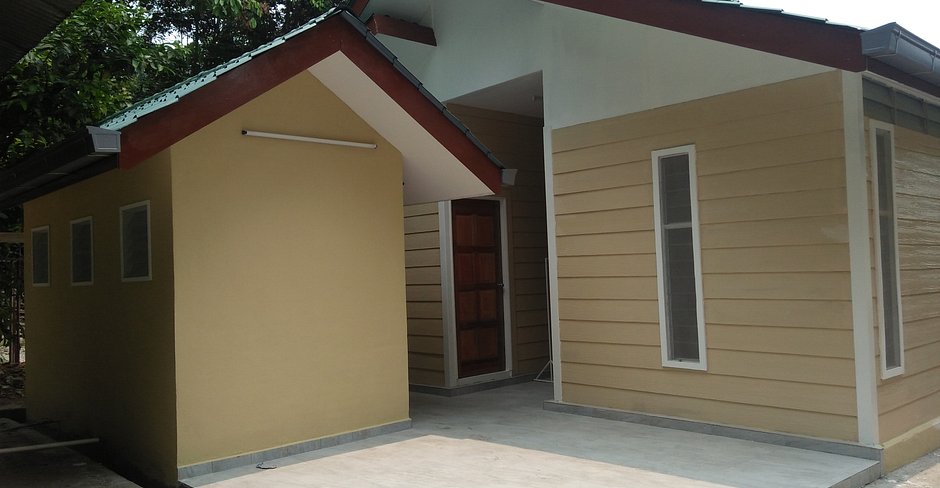 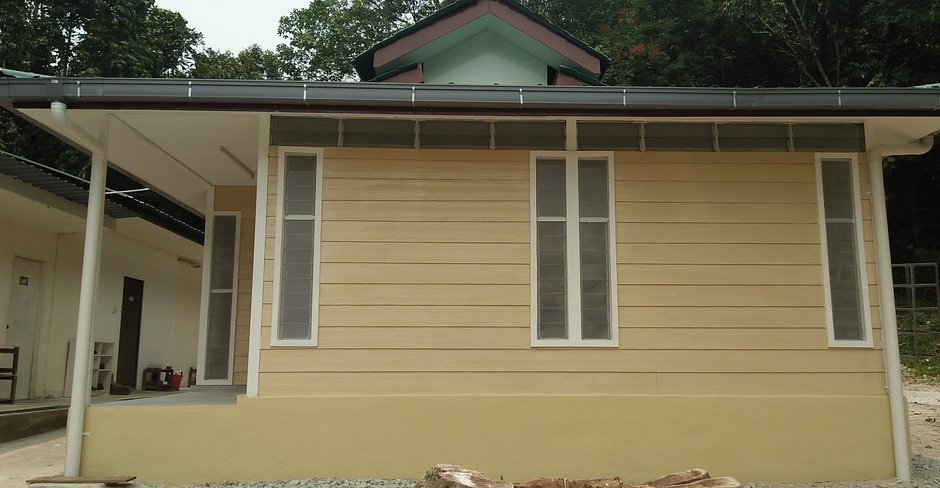 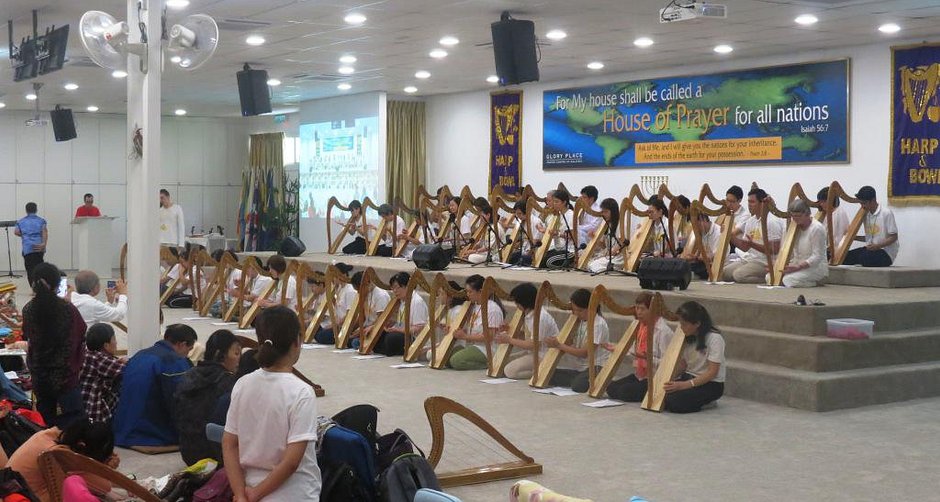 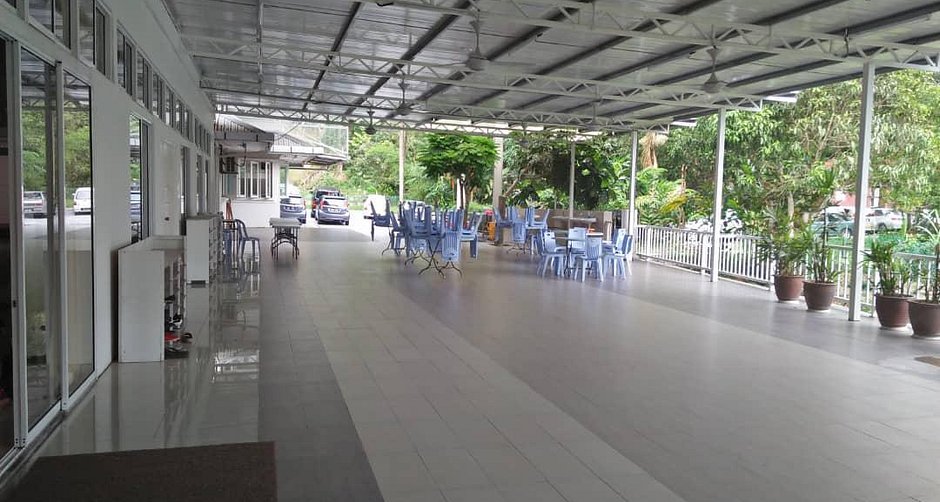 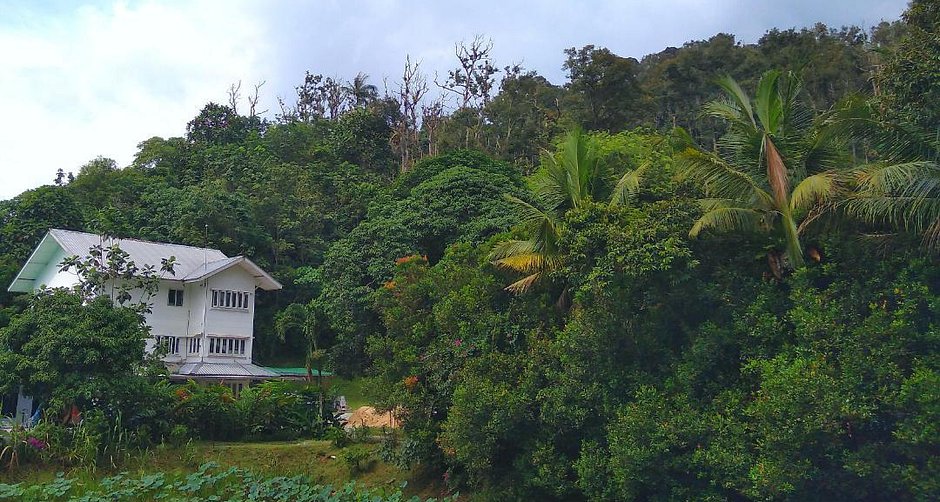 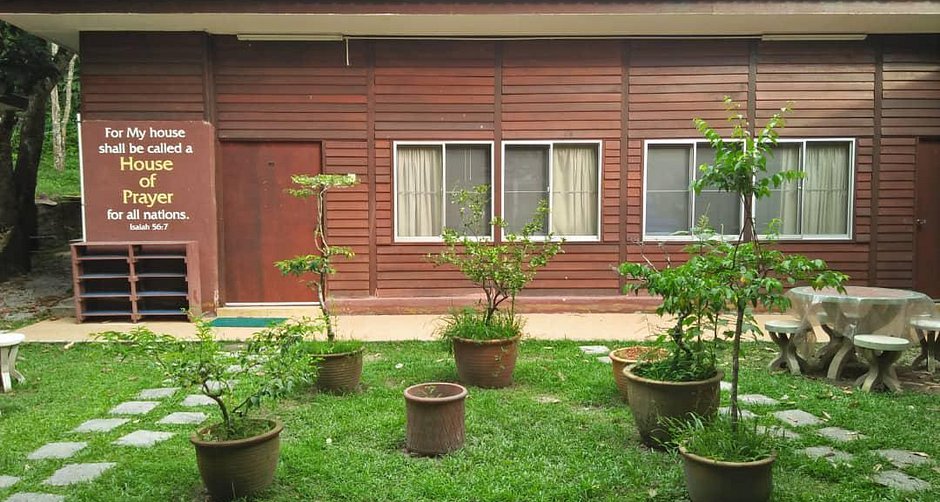 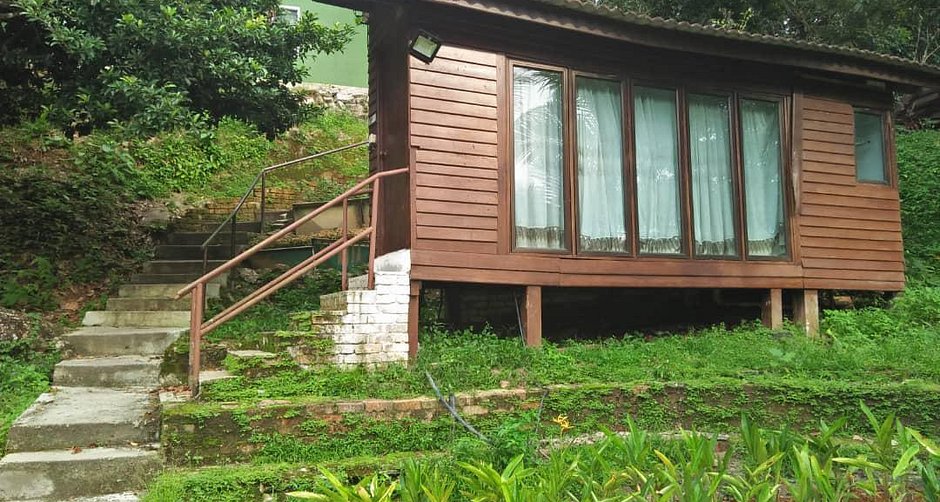 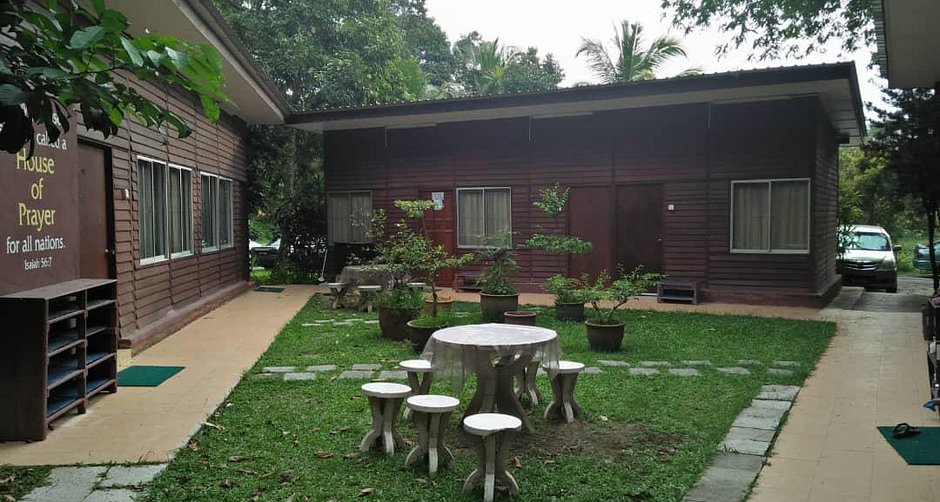 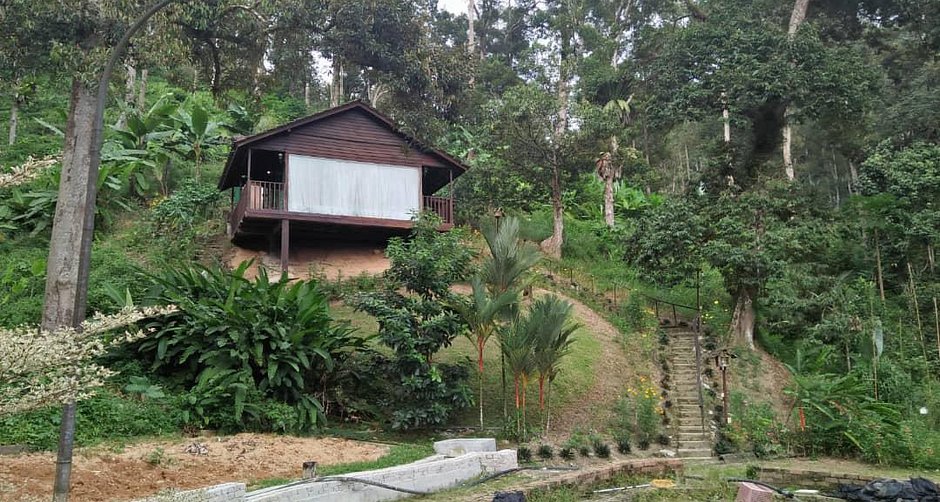 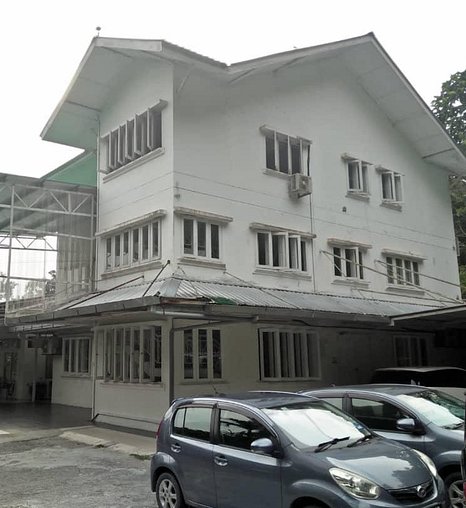 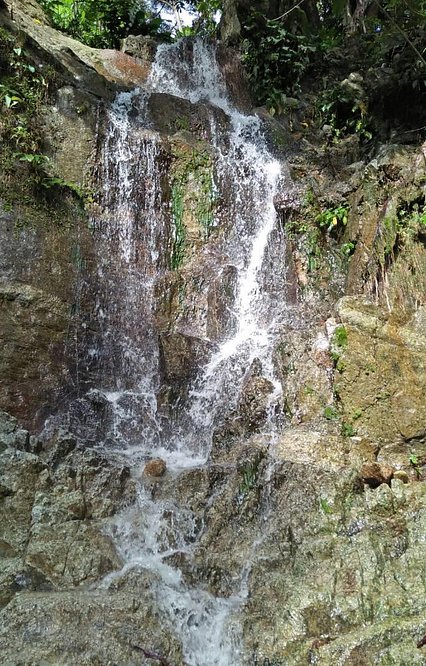 Please pray with us:

That only Elohim's perfect will be done in this ministry; for His continuous wisdom. (Ex 35:30-35)

That Elohim will stir the hearts of those whom He has prepared to commit themselves to fulltime prayer and intercession, praise and worship.

For people who would volunteer their service to YAHWEH. (Ex 36:2-4)

For Elohim to release the abundance of His supply so that His work can be established for His glory. (Ex 36:5-7)

Used by permission. All rights reserved.

Please Join Us For Our Services:

And by the river upon the bank thereof, on this side and on that side, shall grow all trees for meat, whose leaf shall not fade, neither shall the fruit thereof be consumed: it shall bring forth new fruit according to his months, because their waters they issued out of the sanctuary: and the fruit thereof shall be for meat, and the leaf thereof for medicine.  (Ezekiel 47:1,9,12, KJV)

And he showed me a pure river of water of life, clear as crystal, proceeding from the throne of Elohim and of the Lamb.  In the middle of its street, and on either side of the river, was the tree of life, which bore twelve fruits, each tree yielding its fruit every month.  The leaves of the tree were for the healing of the nations.  (Revelation 22:1,2)

In the intervening years, Pastor Sarah Jean responded to Elohim's call to Bible college, returned to serve as a pastor in Full Gospel Assembly, Kuala Lumpur and was subsequently seconded to the National Evangelical Christian Fellowship (NECF) as its Prayer Secretary.

While with NECF, she witnessed the fulfillment of part of David Cho Yonggi's prophetic prayer over her life: she became increasingly focussed in the prayer ministry, raising up intercessors and prayer warriors and mobilising churches to pray, nationally and internationally.

In September 1994, Pastor Sarah Jean was offered the use of a house in Kuala Lumpur. Initially reluctant to move from the familiarity of her apartment, she nevertheless obeyed YAHWEH's leading when three times the word came clearly: "For My House shall be called a house of prayer for all nations." (Isaiah 56:7)

That same month, by Elohim's divine arrangement, Cindy Jacobs and John Dawson were in Malaysia for the National Intercessors' Seminar and both visited the house. Cindy Jacobs confirmed that it would be a house of prayer for all nations; and John Dawson prophesied that many nations would come and find rest, refuge and refreshing in His Presence and to inquire of YAHWEH.

The Prayer House, Malaysia was thus started, a foretaste of what YAHWEH would do in the Prayer Centre to come. Countless numbers have been miraculously saved, healed and delivered as YAHWEH manifested His awesome presence in the midst of powerful praise and worship.

In 1995, YAHWEH suddenly said that it was time to get the land. He challenged Pastor Sarah Jean to put RM1,000 as seed faith, and He would sovereignly provide the rest of the finance. The search for the land began.

When discovered in Mantin, Negeri Sembilan, the Prayer Land was just as Elohim has said it would be as indicated in Deuteronomy 8 and 11, and Ezekiel 47: a land of hills and valleys, with a waterfall cascading into a stream that meanders into small and large ponds teeming with fish before it flows out of the land. The slopes along both sides of the stream are blessed with over 200 durian trees and many other fruit trees.

True to His promise, just as He had provided the RM1,000 seed faith money, YAHWEH provided the RM100,000 deposit on-the-spot during the very first visit to the land, and the balance of RM800,000 in one cheque just a few days before the sale and purchase agreement was due to be signed.

As revealed by YAHWEH through rhema word, Glory Place Prayer Centre Of Malaysia serves as a place of:

- 24/7 Praise And Worship With The Harp In His Presence

It is our desire at Glory Place Prayer Centre of Malaysia to be a blessing to the Body of Messiah and to the nations. Over the years, we have welcomed Christians of different languages and ethnic groups, from Malaysia and from around the world. We truly value your involvement so that together we can pray and reach out to the nations for YAHWEH.

With the soon return of our Lord Yeshua* Messiah [Jesus Christ], Elohim is shaking the things that can be shaken. May His people be established as sons of Elohim to destroy the works of darkness and advance His Kingdom. May His Kingdom be established in His people through prayer, intercession and spending much time with Him.

We prayerfully invite you to be our partners in prayer, in the giving of yourself and in any other areas as YAHWEH leads. Elohim bless you always.

Watch therefore, and pray always that you may be counted worthy to escape all these things that will come to pass, and to stand before the Son of Man.” (Luke 21:36)

‘a land flowing with milk and honey.’ For the land which you go to possess is not like the land of Egypt from which you have come, where you sowed your seed and watered it by foot, as a vegetable garden;

but the land which you cross over to possess is a land of hills and valleys, which drinks water from the rain of heaven,

Progressing In The Plans Of Elohim

The land on which Glory Place Prayer Centre Of Malaysia is built was originally zoned for agriculture but, praise YAHWEH, we applied for a change in land use and now have full permission from the authorities to use the land solely and exclusively for institutional, training and religious purposes.

Once again, YAHWEH showed His favour by providing the needed funds: the RM193,000 for the conversion premium was received in a single gift less than two weeks after we were notified of our successful application, praise Elohim.

We also thank YAHWEH for recent upgrades in the Prayer Centre's facilities including new cabins. An adjacent piece of land has been purchased for our use for further expansion.

The New Sanctuary and Buildings

It was in 1980 that YAHWEH* [The LORD] first impressed upon Pastor Sarah Jean Lim that He would build a prayer centre in Malaysia. He even described His promise of a 10-arce piece of land and what He would do through it.

“Therefore you shall keep the commandments of YAHWEH your Elohim* [God], to walk in His ways and to fear Him.  For YAHWEH your Elohim is bringing you into a good land, a land of brooks of water, of fountains and springs, that flow out of valleys and hills; a land of wheat and barley, of vines and fig trees and pomegranates, a land of olive oil and honey; a land in which you will eat bread without scarcity, in which you will lack nothing; a land whose stones are iron and out of whose hills you can dig copper...

For My House shall be

called a House of Prayer

built on a blessed and beautiful land provided by YAHWEH

A place for prayer, fasting, intercession, praise and worship.